Two weeks into May and it has finally warmed up enough to get the summer clothes out. As part of MMMay17 I pledged to wear at least one item I’d made each day for the month of May, so I’m pleased to have a bit more choice!  I keep my out of season clothes in a wardrobe upstairs so I love that day in the year when I go up to get the summer clothes down, it reminds me of when I was little, all the summer dresses were put in a suitcase in the loft for the winter, it was great when we got them down and had a big trying on session to find out which still fitted and which ones I would get passed down from my sister! Luckily everything I’ve got out so far still fits!! 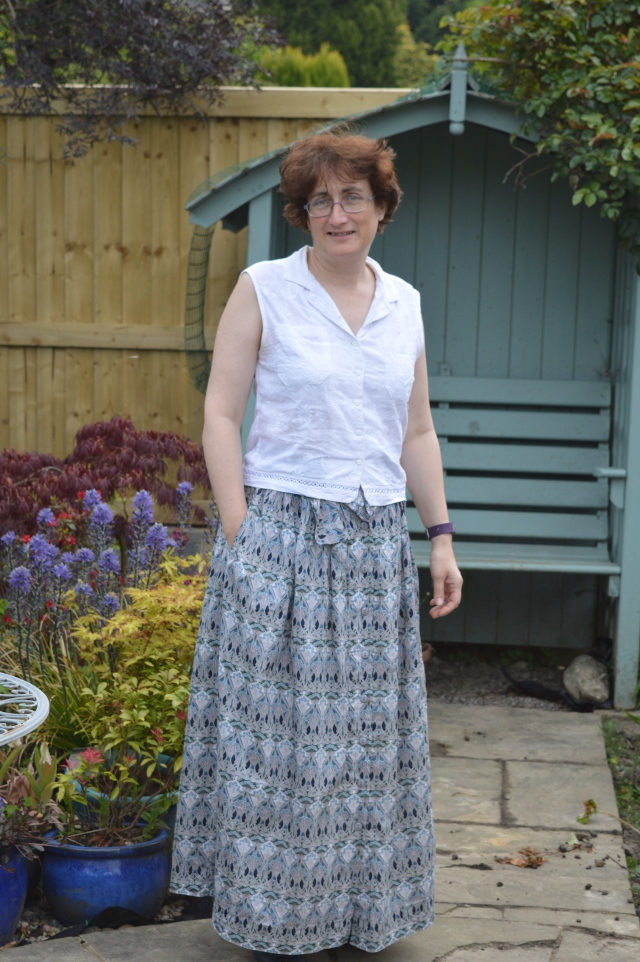 This was the first outfit I pulled out. I made this Liberty skirt last year and wore it a lot, I still love it. The top is a little broderie anglais  one I made a couple of years ago.

The next photo was taken quickly on my way to work, so not the most flattering!! The skirt was the first time I used the Gabriola pattern, I’ve since made at least two more!

On Saturday a large group from work went out for afternoon tea in Leeds to celebrate a colleagues 60th birthday. I decided a nice dress was called for so my red rose shirt-waister came out again, I do like this dress!! …and in case anyone is wondering, this stand of delicacies was to share between two of us, not all for me!! 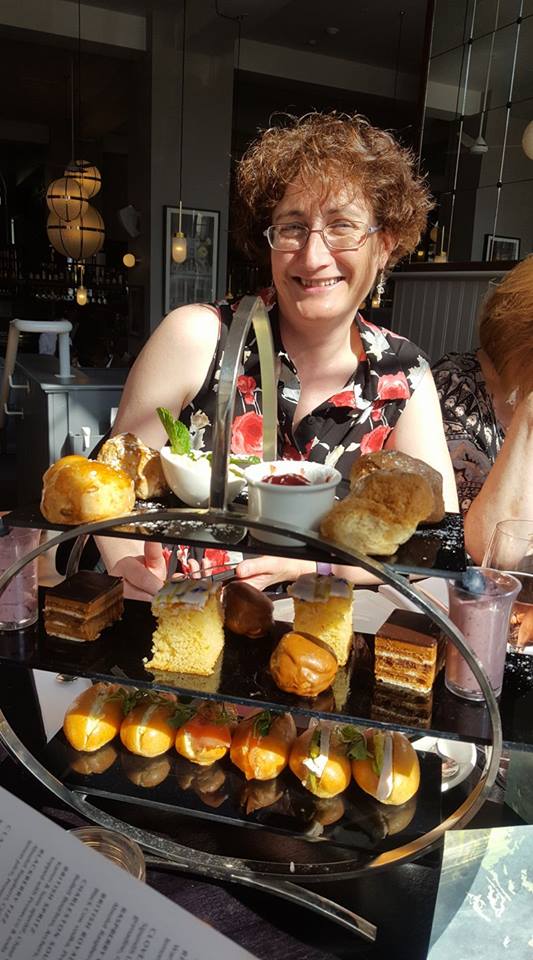 Today I’ve been to visit the Marks & Spencer archives in Leeds University with my Embroiderers Guild. M&S started in Leeds market and I learnt today that Tom Spencer came from Skipton! It was interesting to see how shop styles have changed over the years. It was M&S who started the concept of ‘browsing’ rather than just asking at the counter for what you wanted and being shown what the assistant thought you could afford, everything was out on display instead. They also introduced the farm to shop refridgeration process for chickens, before that you either bought fresh from the butchers or frozen. We went to Roundhay park after for lunch in the cafe, we were hoping for a stroll round the opark but it never stopped raining (…I know, the garden needs it!)

When I got home I was ready for a nice cup of tea in our conservatory on our newly covered chairs…more about that tomorrow! I wore my navy summer-weight straight skirt I made last year and a pretty batik top with rouloux loops which I think was from a Newlook pattern. As soon as the camera came out the dogs decided to come over!

I’ve got to make a dress now for a 1920’s themed dinner on Saturday, the pattern is a vintage one that calls itself the 1 hour dress, something tells me it’s going to take me more than an hour! 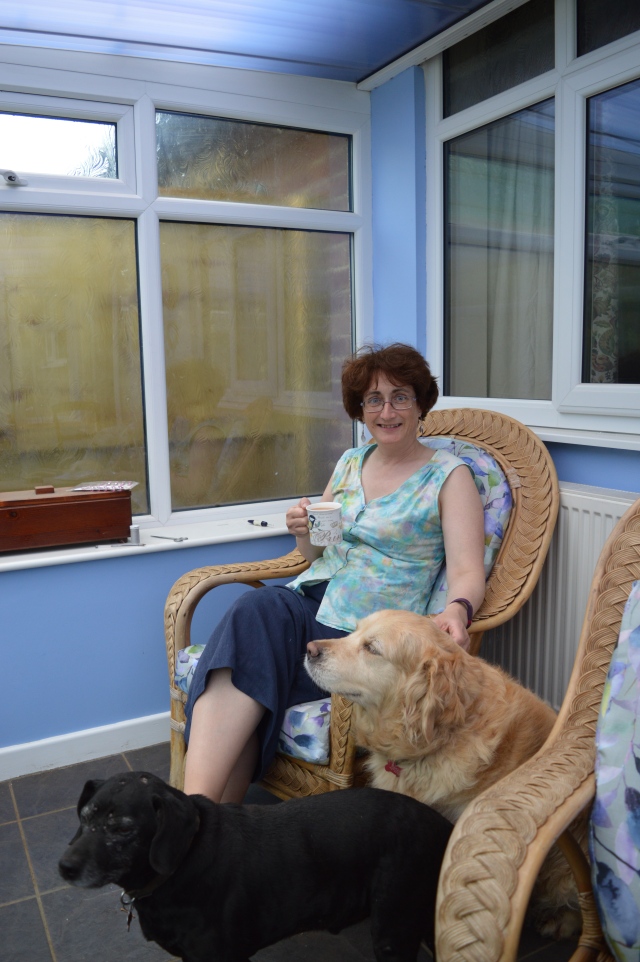 I live in a busy market town in Yorkshire with my husband, kids, dogs and chickens. I love trying new crafts, rediscovering old ones, gardening, walking...anything creative really I started this blog after my New Year resolution worked so well. My resolution (the first one I've ever kept!) was to post a photograph of my garden on Facebook every day. My hope was that I would then see what was good in the garden and not just weeds and work, which was my tendency. The unexpected side-effect was that I have enjoyed many more hours in the garden. I am hoping that 'The Crafty Creek' will have the same effect. Happy creating!
View all posts by craftycreeky →
This entry was posted in Dressmaking, Serendipity and tagged #MMMay17. Bookmark the permalink.