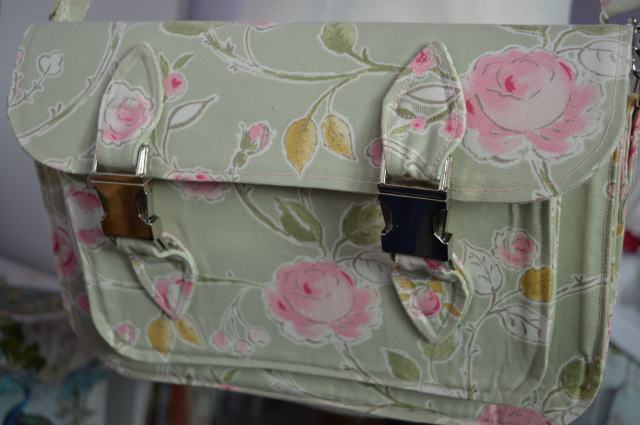 I’ve just made a satchel, a traditional style one but from furnishing fabric rather than leather. The pattern, ‘Too Cool for School Satchel’  is from a book called “A Bag for All Reasons” by Lisa Lam, it’s a great book with pull out patterns at the back, I often refer to it when I’m bag-making as the instructions are so good. I think this is the second pattern I’ve made from the book.

I chose a pretty home furnishing fabric made by Clarke which I bought in a mill shop a couple of years ago, it’s soft mint green with pink flowers, quite a delicate pattern.

When I read the instructions I did think it was going to be rather tricky, but actually it was quite straight forward and went together fairly easily, once my sewing machine and I had come to an agreement about top-stitching…

There’s a lot of top-stitching on a satchel, so I bought some special top-stitching thread in a gentle contrast of pale pink, lesson learnt, next time (if there is a next time!) it will be matching thread, it seemed like a good idea at the time!! I’ve not sewn with top-stitching thread before, as it is so thick I decided to use a jeans needle that I’ve got in ready for my ginger jeans. My thought being that it’s strong enough for multiple thick fabrics and also used for top-stitching jeans. My machine thought otherwise! It was fine edging the basic pieces, but when it came to the first test of stitching the pocket gusset to the pocket it just flatly refused to play ball, threw it’s teddy out, made awful noises and sent messages on the computer saying STOP! The needle jammed in so much that I had to unscrew it, take the foot off and pull it out with forceps!!

We came to an agreement that I wouldn’t use top-stitching thread…my machine was happy for the rest of the evening! I think it’s going to have to go to see Jack in Leeds market soon as I think it has thrown the needle casing out a bit! 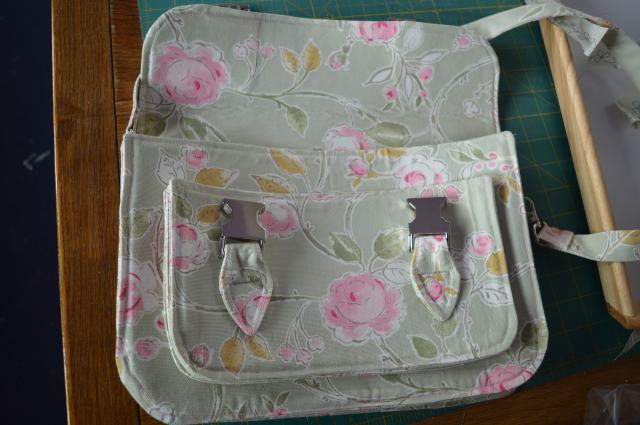 Over night I suddenly had a brainwave, if I put the top-stitching thread on the bobbin instead…it worked! The downside being that my tension isn’t as good underneath, so it doesn’t look as pretty as it could and it’s not so easy to make it neat! The system also worked well as the gussets are stitched on from the gusset side, with the front underneath, so it nicely meant the top-stitching thread was on the front!

The satchel went together fairly quickly, I cut it out Monday night and if I didn’t have prior appointments I could have stitched it all yesterday.The outer fabrics are all interlined with iron-on woven interfacing, it is stitched to the lining and then turned. What makes it stiff is double sided extra-stiff pellon, it’s weird stuff, feels funny, but it works! It’s cut out 2cm smaller than the pattern so it can be rolled up, slipped through the turning gap and positioned about 6mm-ish away from the seam.After lots of hot iron and steam it adhere’s to both sides, giving it the body it needs. 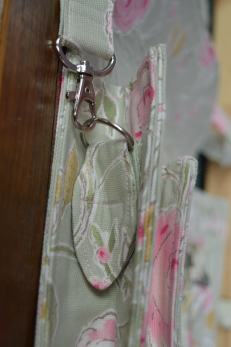 The instructions called for rectangular D rings to attach the strap, I couldn’t find them locally so I used a normal D ring and then attached it with a swivel catch. I think it fits in nicely with all the metal work. Lisa also suggests adding some studs for decoration on the strap loops and I am tempted, I see if I can find some locally and have a play before I try on the bag.

All in all, I’m really pleased with it, I’m not sure it will win any prizes at the local show but I like it! It also means I’ve completed ‘My Monthly Challenge’ to make two bags! 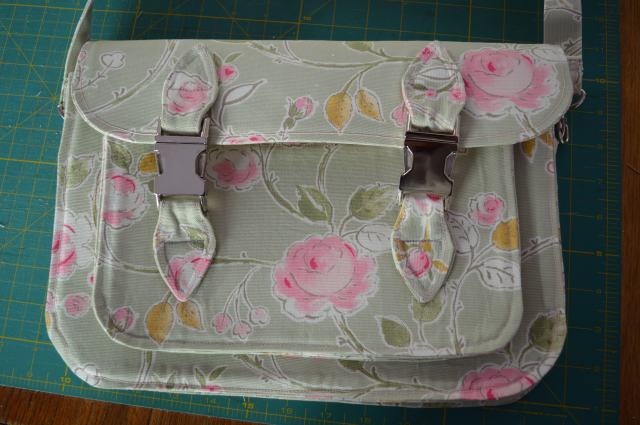 I live in a busy market town in Yorkshire with my husband, kids, dogs and chickens. I love trying new crafts, rediscovering old ones, gardening, walking...anything creative really I started this blog after my New Year resolution worked so well. My resolution (the first one I've ever kept!) was to post a photograph of my garden on Facebook every day. My hope was that I would then see what was good in the garden and not just weeds and work, which was my tendency. The unexpected side-effect was that I have enjoyed many more hours in the garden. I am hoping that 'The Crafty Creek' will have the same effect. Happy creating!
View all posts by craftycreeky →
This entry was posted in My Monthly Challenge, Serendipity, Sewing and tagged bag making, Satchel, Too Cool for School Satchel. Bookmark the permalink.

7 Responses to Too Cool for School Satchel